David graduated via The Newcastle upon Tyne School of Physiotherapy (formerly part of Newcastle Upon Tyne Polytechnic, now known as The University of Northumbria at Newcastle) in July 1989 and returned to his home town of Southport where he immediately commenced work at The Regional Spinal Injuries Centre and other rotations affiliated with Southport District General Hospital.

By the time David left the Southport Hospitals in October 1996, he had been Senior Physiotherapist on Orthopaedic Out-Patients, the Orthopaedic Wards and The Spinal Injury Unit as well as having worked at Renacres Hall and several local Private Physiotherapy establishments.

All of which, especially the latter provided him with a baseline of clinical skills and knowledge to commence a career in a busy Private Physiotherapy practice in Wigan as an Associate, initially on a part-time basis and then full-time from 1996.

David eventually opened Birkdale Physiotherapy & Sports Injury Centre in May 2000 and as well as self-referrals, has been treating patients referred via local GP’S, Consultants, Managed Care Companies, Solicitors and Private Medical Insurance Companies since this time.

David is one of the only BUPA recognised physiotherapy providers in the area, and has also provided Occupational Health input to Sefton Council on a weekly basis since 2004.

We accept all major Debit and Credit Cards 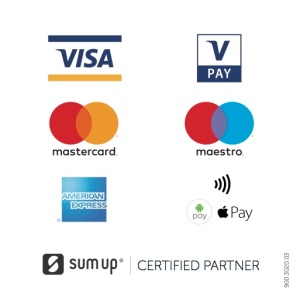